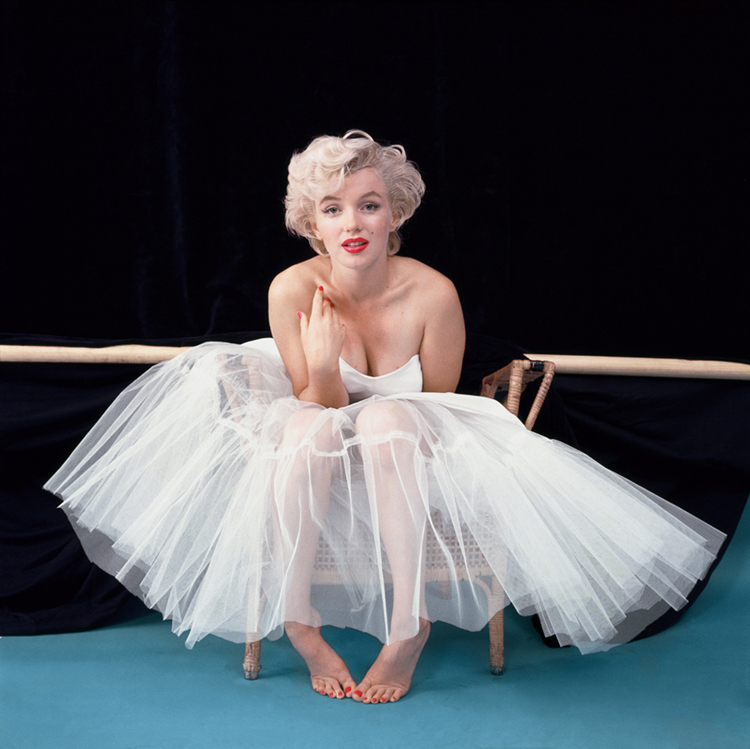 MARILYN MONROE / THE BALLERINA
The story behind the image…
October 1954 – Perhaps Milton and Marilyn’s most recognizable series of images, the Ballerina Sitting, was named by Time magazine in 1999 as one of the top three photographs of the 20th century, alongside Philippe Halsman’s photo of Albert Einstein and Yousuf Karsh’s Winston Churchill. Taken in Milton’s New York studio, Marilyn is wearing an ill-fitting tulle and satin dress. The design of the dress has been commonly attributed to Anne Klein, a close personal friend of the Greenes whose clothes Milton frequently borrowed. However, it was actually created by another New York designer, Herbert Kasper, while working for 7th Avenue fashion manufacturer Arnold-Fox. Milton also used Kasper’s designs at various times during the 1950s. The fitting error was because Milton’s wife, Amy, did not know Marilyn’s actual dress size, as they had yet to shop together. Apparently, the dress was two sizes too small, requiring Marilyn to hold up the front bodice. What we love is Marilyn’s ability to take it all in her stride. It was her sense of humor and deep trust in Milton that made this such an iconic series.
Warm Regards,

Catalogs and pricing upon request